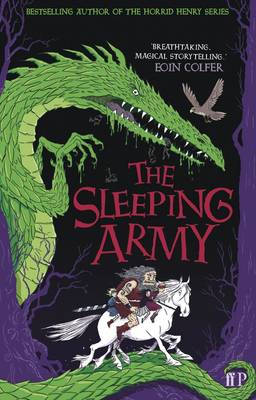 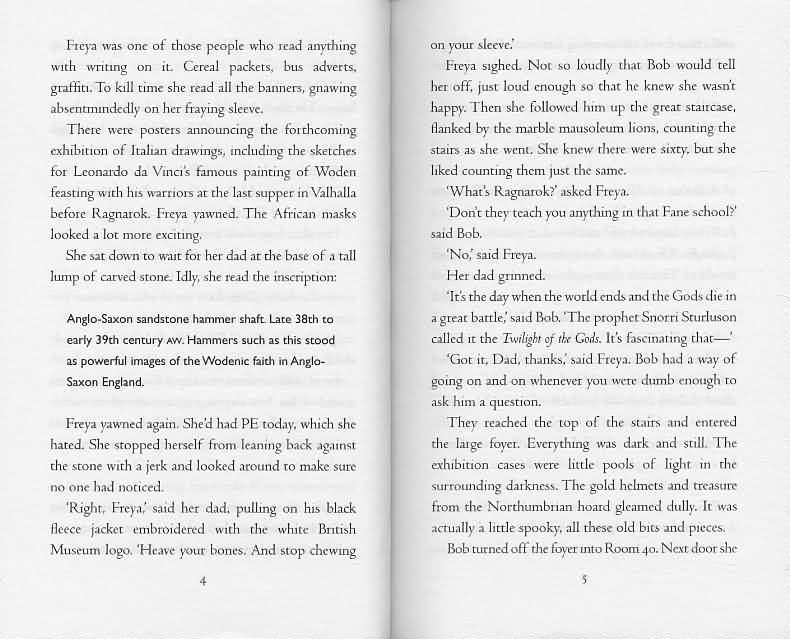 Log in to view theme keywords.
When she awakens four chess pieces from an enchantment, a young girl finds herself undertaking a quest in the land of Viking Gods.

When she awakens four chess pieces from an enchantment, a young girl finds herself undertaking a quest in the land of Viking Gods.

Freya is an ordinary girl living in modern Britain, but with a twist: people still worship the Viking gods. She's caught in her parents' divorce, and shuttling between bickering adults is no fun.

One evening, stuck with her dad on his night shift at the British Museum, Freya makes the mistake of blowing a horn exhibited next to the ancient Lewis Chessmen and watches in astonishment as three of the pieces suddenly transform into living breathing people - slaves Roskva and Alfi, and Berserker warrior Snot.

Transported to Asgard, land of the Viking gods, they discover a terrible secret. The gods are dying and in order to restore their eternal youth, Freya and her companions must undertake a perilous, death-defying mission.

If Freya refuses she will be turned into an ivory chess piece, but if she accepts and fails, the same terrible fate awaits her.

Only one thing is clear. Failure is not an option...