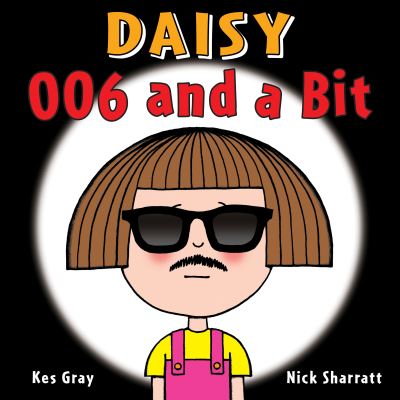 Log in to view theme keywords.
Daisy cannot find anyone to play spies with her until her mum joins in

Daisy's back but this time she's not just Daisy, she's 006 and a Bit, spy extraordinaire.

With her black felt-tip moustache, dark glasses, secret spy gadgets and a special spy code, she's poised and ready for action. There's just one problem, nobody can understand a word she's saying!

Mrs Pike the neighbour, Tiptoes the cat and even Gabby, Daisy's best friend, are all baffled by her spy language.

Poor 006 and a Bit is about to abandon her mission when a mysterious stranger with a blue moustache and purple beard pokes his head around the door...