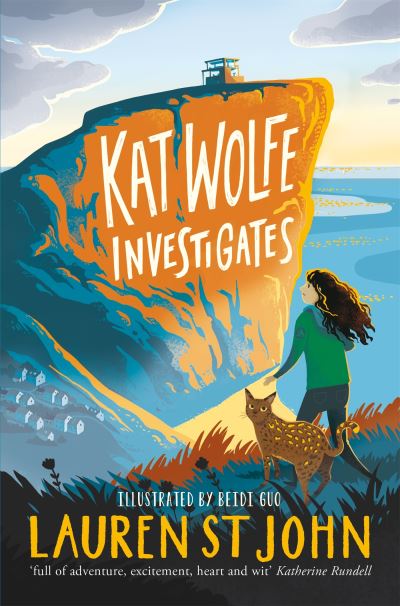 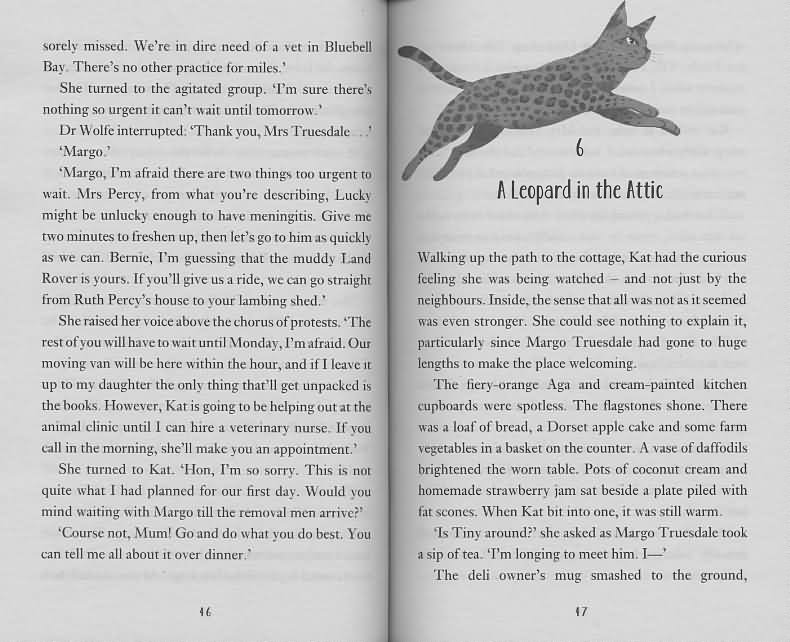 Log in to view theme keywords.
Twelve-year-old Kat becomes involved with a Russian sleeper spy when the owner of the parrot she is pet-sitting mysteriously disappears

After a break-in at their London home, Kat Wolfe and her veterinary-surgeon mum decide it's time to move to the country.

Dr Wolfe's new job in idyllic Bluebell Bay on Dorset's Jurassic Coast comes with a condition: they have to adopt Tiny, a huge, near-wild Savannah, who resists Kat's best attempts at cat whispering. When she starts a pet-sitting agency to make pocket money, her troubles escalate. The owner of her first client, an Amazon parrot, vanishes from his fortified, gadget-filled mansion, leaving a half-packed suitcase and a mysterious parcel.

The only person who shares Kat's conviction that he's the victim of foul play is Harper Lamb, the American daughter of a palaeontology professor. A language and coding whizz, Harper is laid up with two broken legs thanks to her racehorse, the `Pocket Rocket' - Kat's newest client. What starts out as mystery-solving holiday fun quickly turns deadly for Wolfe and Lamb. When all clues point to an army base, can they count on their unruly animal friends to save the day - and their lives?

Successfully combines an animal story with a gripping mystery adventure. Kat is a strong main character, the action is non-stop from the first chapter, and there is an intrepid ex-school librarian to boot. What isn't to like (except the cover...)!