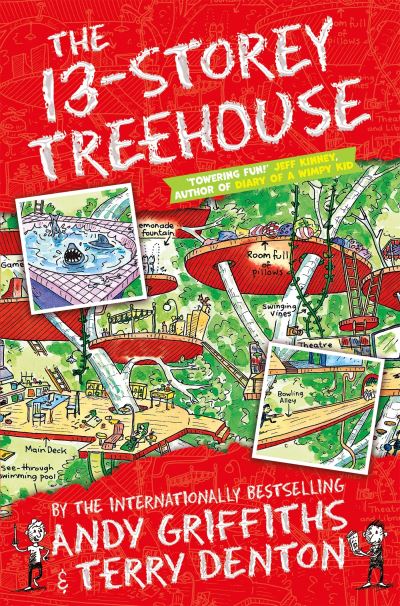 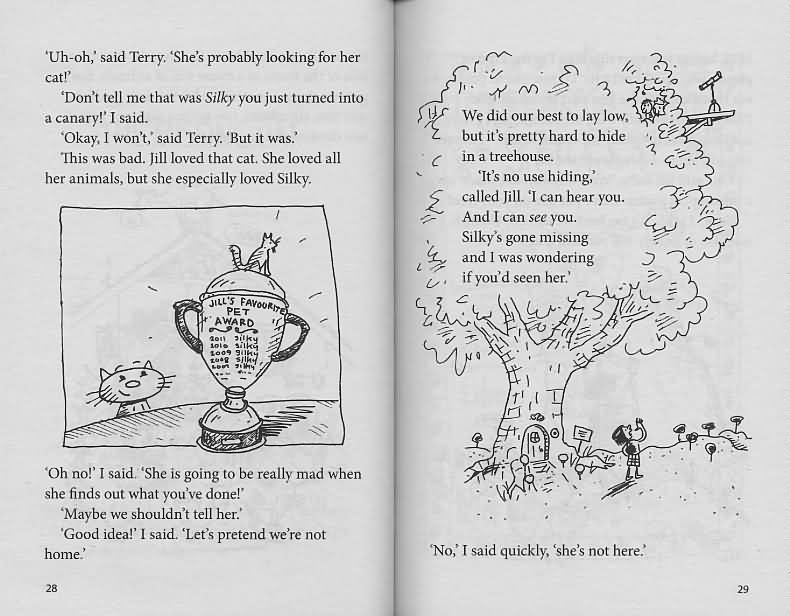 Log in to view theme keywords.
Follows the antics of the author and illustrator as they put-off writing their next book by expanding their tree house

Andy and Terry live in the WORLD'S BEST treehouse! It's got a giant catapult, a secret underground laboratory, a tank of man-eating sharks and a marshmallow machine that follows you around and shoots marshmallows into your mouth whenever you're hungry!

The story follows Andy and Terry's crazy adventures in their treehouse as they try to write a book, and is told through a combination of text and fantastic cartoon-style illustrations.