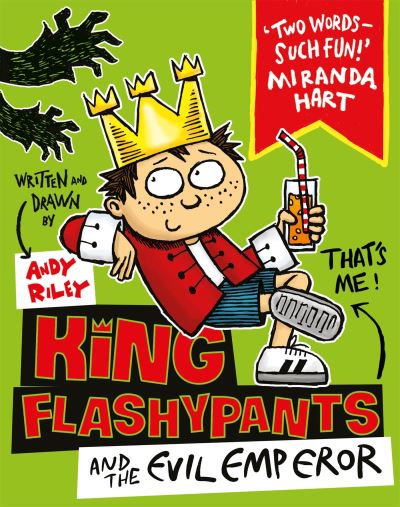 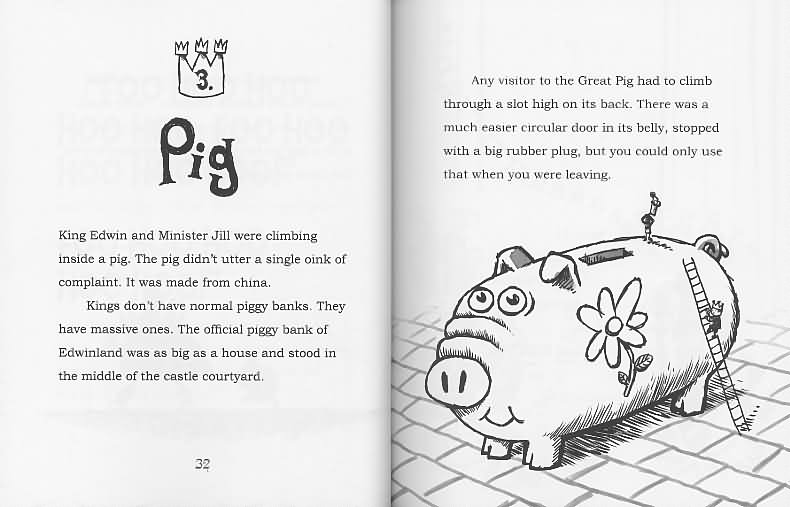 King Flashypants and the evil emperor

Log in to view theme keywords.
The kindly king of a small kingdom has to try and outwit an evil Emperor, when his subjects are tricked into thinking they are being attacked by a dragon.

The kindly king of a small kingdom has to try and outwit an evil Emperor, when his subjects are tricked into thinking they are being attacked by a dragon.

"Edwin isn't an ordinary boy. He is a king, with a throne, and his own suit of armour and a castle with secret passages and everything."

Every Friday, King Edwin spends all his money on chocolate for the peasants. But when the money runs out, Edwin finds himself in a fix. Cue the arrival of evil Emperor Nurbison, in his pointy-collared black cloak and accompanied by scary striding music. He has had his eye on Edwin's kingdom for a while and intends to use the peasants' unhappiness to his advantage!

When the emperor builds a fake dragon out of a cow, green crepe paper, furry monster novelty slippers and two birthday cake candles, to scare the peasants, Edwin knows it's time to come up with the first sneaky plan he's ever had in his life...