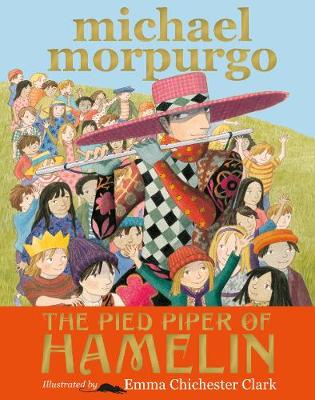 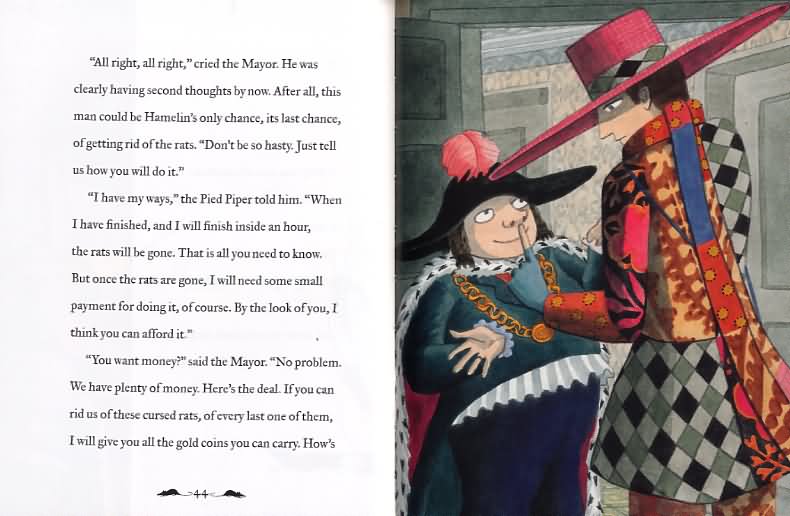 The pied piper of Hamelin

Log in to view theme keywords.
A retelling of the classic fable in which the Pied Piper teaches the greedy townsfolk of Hamelin a lesson when they don't reward him for ridding them of their rat problem.

A retelling of the classic fable in which the Pied Piper teaches the greedy townsfolk of Hamelin a lesson when they don't reward him for ridding them of their rat problem.

In the town of Hamelin, the rich and greedy live like kings and queens while the poor and sick scavenge rubbish tips for scraps. A lame orphan boy tells the classic tale of how a plague of rats take over the town and how a fantastic piper offers to rid Hamelin of its rats for a single gold coin.

The fable of the mysterious piper who comes to Hamelin town and leaves with its children is one of the world's great tales. In this brilliant retelling of the minstrel who rids the town of rats, master storyteller Michael Morpurgo shows the story is as relevant now as it ever was.

Morpurgo's Hamelin is a broken-down place. The rich ignore the poor. Mountains of rubbish rot in the streets. The double-crossing council promises action but has no intention of fulfilling its pledges, Yet, despite everything, it's not too late for people to change their ways and learn the power of doing good.