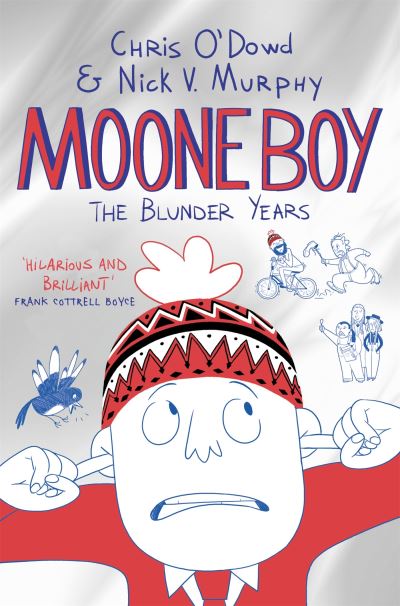 Log in to view theme keywords.
The trials of an 11-year-old boy after he decides to create an imaginary friend who turns out to be unsuitable.

The trials of an 11-year-old boy after he decides to create an imaginary friend who turns out to be unsuitable.

Martin Moone is eleven and fed up with being the only boy in a family of girls. With three older sisters, he's desperate for a sidekick to help him fight his corner. When best mate Padraic suggests getting an imaginary friend, he decides to give it a go.

His first attempt is Loopy Lou, a hyperactive goofball who writes rubbish rap songs. But Martin soon gets fed up with Lou's clowning around, so selects Sean 'Caution' Murphy instead. Sean is much more up Martin's street - and full of advice about how Martin should negotiate day-to-day life, from dealing with his sisters' pranks to beating the bullying Bonner Boys.

But getting rid of Lou is not that easy, and TWO imaginary friends is a recipe for trouble!

NOTE : Contains toilet humour and some mild swearing; one character has to put his hands on the electric fences on his father's farm to test they are working.