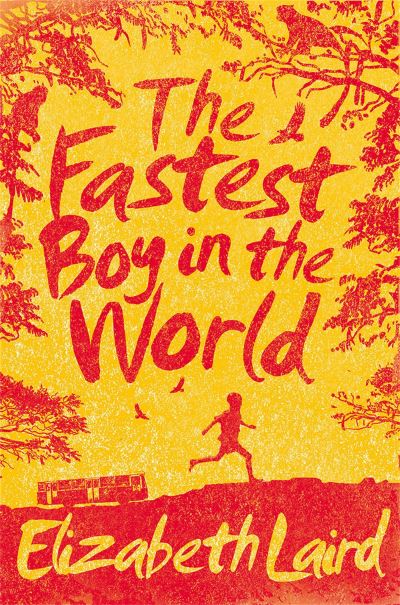 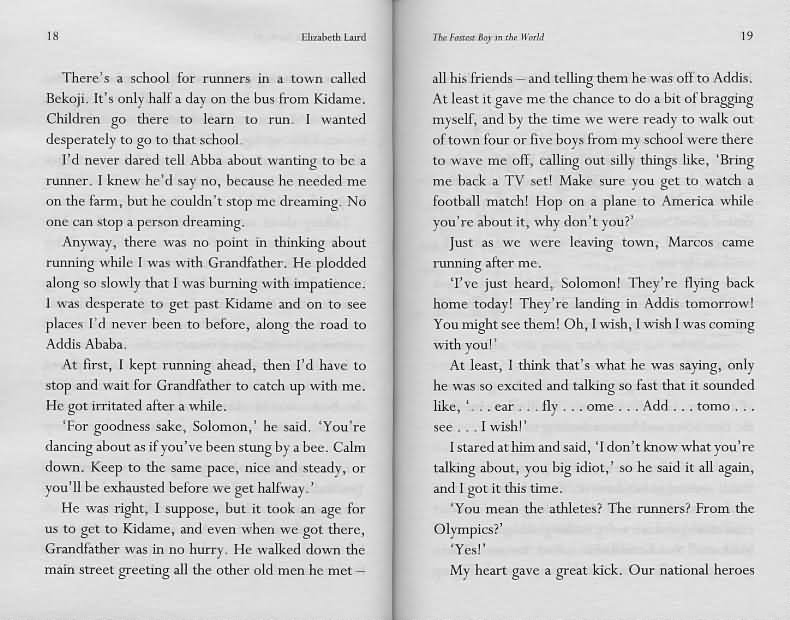 The fastest boy in the world

Log in to view theme keywords.
An 11-year-old Ethiopian boy hopes to realise his dream of becoming an athlete when he joins his grandfather on a trip to the capital city of Addis Ababa.

An 11-year-old Ethiopian boy hopes to realise his dream of becoming an athlete when he joins his grandfather on a trip to the capital city of Addis Ababa.

Eleven-year-old Solomon loves to run! The great athletes of the Ethiopian national team are his heroes and he dreams that one day he will be a gold-medal-winning athlete like them, in spite of his ragged shorts and bare feet.

When his grandfather announces that he's going to take Solomon to Addis Ababa, Solomon cannot believe his ears. A trip to the capital? It's unfathomable. Solomon's joy is increased when he realizes that the Ethiopian running team will be doing a victory parade through the city that day. Maybe he'll get a glimpse of Haile Gebrselassie or Derartu Tulu?!

But Solomon's grandfather has other plans. As Solomon follows him through the big, overwhelming streets, he learns something he cannot believe. The strict old man is a war hero who once risked his life to save a friend and has been in hiding ever since. When grandfather collapses, Solomon knows that getting help from his village is up to him.

It's a twenty-mile run from the city to home, and grandfather's life hangs in the balance. Can the small bare-footed runner with the big heart do it?