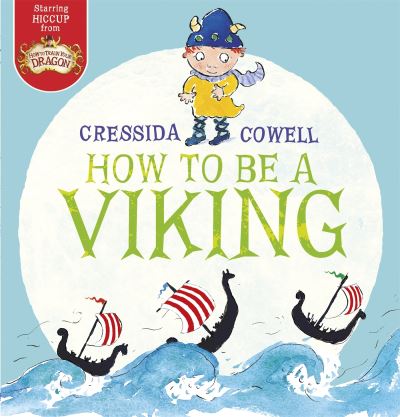 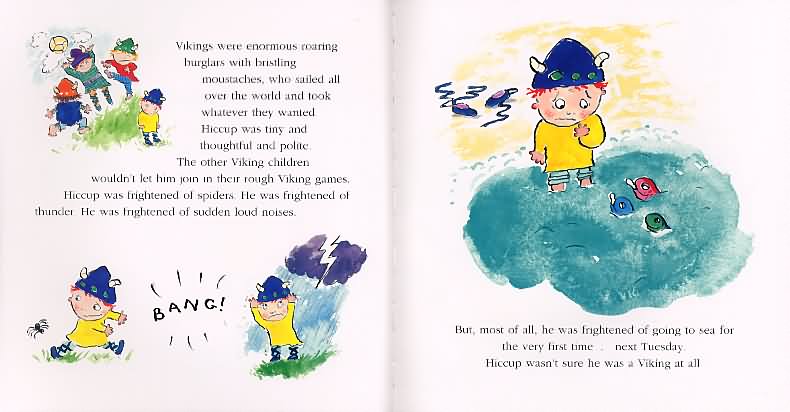 How to be a viking

Log in to view theme keywords.
A reluctant viking ends up saving everyone when a storm hits their ship

Hiccup wasn't your average Viking. He was small, thoughtful, polite and frightened of spiders, thunder and the sea... in fact he wasn't sure he was a Viking. But go to sea he must, and during a very ferocious storm he discovers that fear is okay, as overcoming it makes one brave - like a true Viking.

So begins Cressida Cowell's hilarious book about a little Viking who cannot fit in. Unlike his dad, Stoick the Vast, Hiccup is tiny, thoughtful and polite and scared of almost everything, especially going to the sea for the very first time. But go he must...

So who will save the day when everything goes wrong aboard ship and all the big Vikings lose their cool?

NOTE : First published as "Hiccup: The Viking Who Was Seasick" in hardback in 2000, and paperback in 2001. The paperback was reissued in 2008. All are out of print.