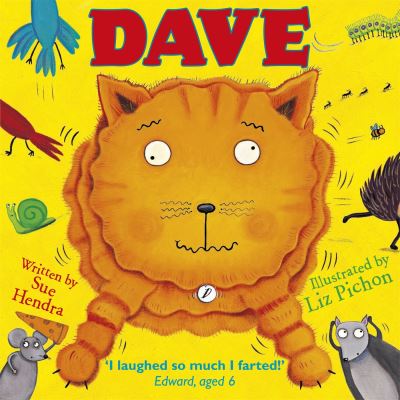 Log in to view theme keywords.
A cat gets stuck in his cat flap until the garden animals feed him baked beans which have a certain side-effect on him

Dave is BIG and quite fantastic, and so are his dinners! He eats and eats and eats until, one day, he gets stuck in his cat flap! How will he escape?

The answer will have you rolling on the floor with laughter.