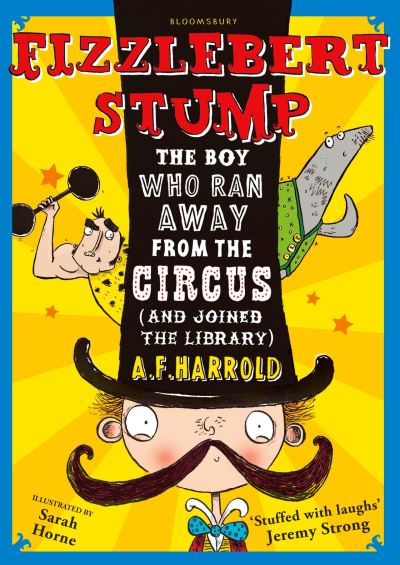 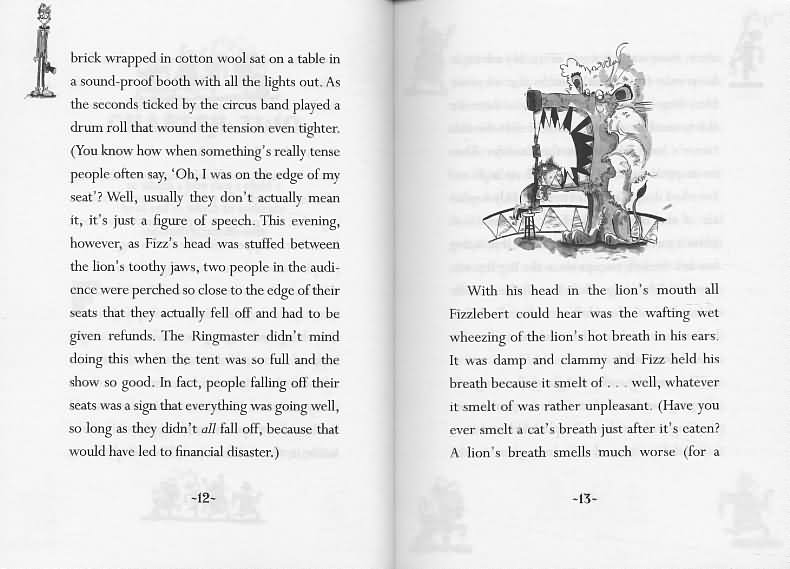 Fizzlebert Stump: the boy who ran away from the circus (and joined the library)

Log in to view theme keywords.
A boy who lives in the circus discovers the wonders of a local library and from there becomes involved with manipulative pensioners

There are many boys in the world, all slightly different from one another, and most of them are referred to by names. These are often John or Jack or Desmond, but sometimes they are James or Philip or Simon. Once, and once only, there was a boy whose name was Fizzlebert.

Fizzlebert Stump lives in a travelling circus. But although he gets to hang around with acrobats, play the fool with clowns, and put his head in a lion's mouth every night, he's the only kid there - and he's bored. But then Fizz decides to join a library, and life suddenly gets a lot more exciting, when a simple library card application leads to him being kidnapped by a pair of crazed pensioners! Will he ever see the circus again?

NOTE : Author is a performance poet.