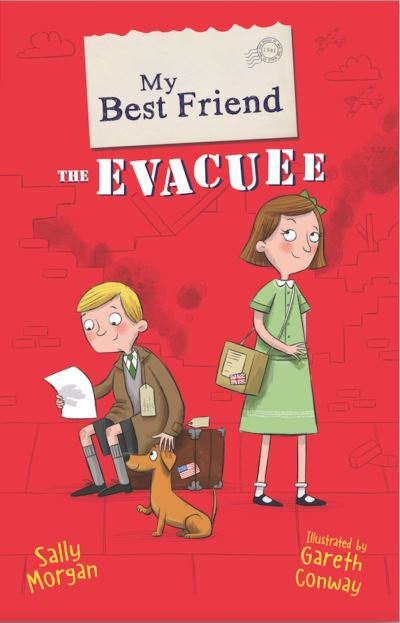 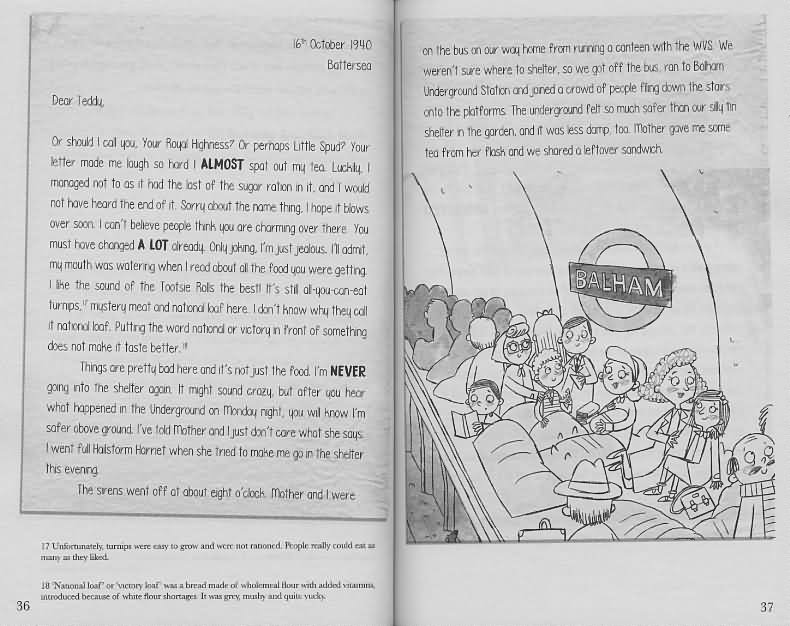 My best friend the evacuee

Log in to view theme keywords.
Follows letter correspondence between two best friends who have been split up by evacuation from London during World War II.

Follows letter correspondence between two best friends who have been split up by evacuation from London during World War II.

Harriet, lover of the Beano, has been keeping calm and carrying on in London during World War Two. Teddy, Harriet's best friend, has been evacuated to America (from London) - taking Harriet's brand-new Beano with him.

After Teddy leaves, the comic book-loving buddies stay in touch, writing as often as they can. Their letters fly back and forth across the Atlantic Ocean as the war rages on - censors snooping, torpedoes exploding, sirens blaring. Will their letters and their friendship survive?

NOTE: There is a word missing on P28. It should read "I really don't think it will last more than a few months". The word 'last' is missing.